Today’s goal is to finish climbing the ridge to the base of Mt Thielsen, then down into a valley, then climb to another ridge, and then down and then climb one last ridge where I will find water.

I met a hiker with the trail name Carrot. It seems a friend added a pound of fresh carrots to his first resupply and he forgot about them until he reached the summit of San Jacinto (So Cal). He was frustrated that he forgot about them and carried them so far. He proceeded to eat them all and had orange stools for days. 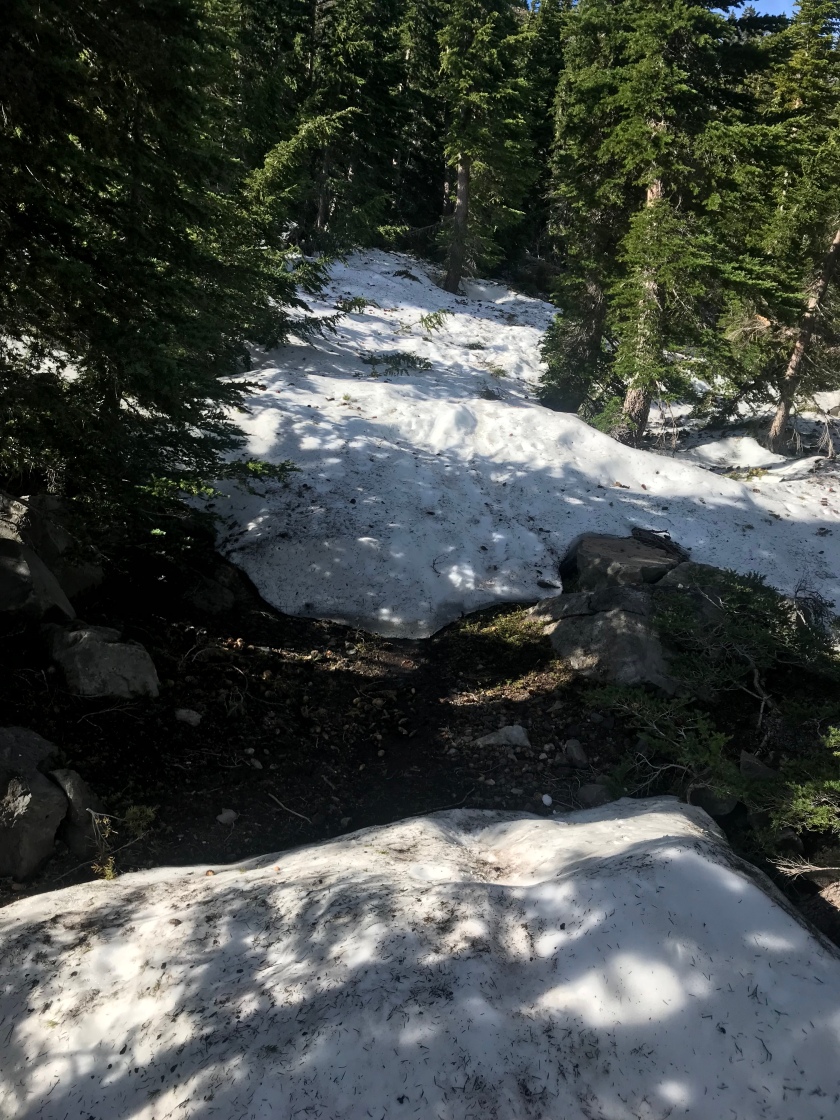 One of them was pretty steep and I again pulled out my Microspikes. This is looking up.

This was my first real stream crossing and I proceeded to slip off my foothold and step in the stream. Oh well, one wet foot.

Apart from the great views an the side of Mt. Thielsen, this day was yet another day hiked in trees with only a few vistas. We call this hiking the “Green Tunnel” and So. Oregon is known for the mosquitoes and the green tunnel. And Crater Lake.

Today I reached the highest point the PCT crosses. It was just a rounded pass and was less inspiring than Mt. Thielsen.

I arrived at Six Horse Spring at about 6pm, exhausted. I dropped my pack collected my water bottles and descended the mountain side in search of water. Success!

I had just finished eating dinner when another hiker showed up and proceeded to pitch his tent right next to mine. I pointed out there are lots of spaces and after all the hiking I’ve done I’d prefer some solitude. “No, this is good ” he said. I repacked and moved down the trail a bit. Sigh.

I was awakened by the feel of water on my face and realized that the fog blowing through the trees above was starting to drip. I had to quickly install my rain fly. An hour later, and through the night, it dropped as hard as rain. I slept great!