Noor and I got up early, made breakfast, closed down and said goodbye to the Sea Ranch house,

packed up and started riding. Today our destination is south on Hwy 1 to Bodega Bay, where Alfred Hitchcock’s “The Birds” was filmed.

It would have been awesome to stop for breakfast at Twofish Baking in Stewarts Point, 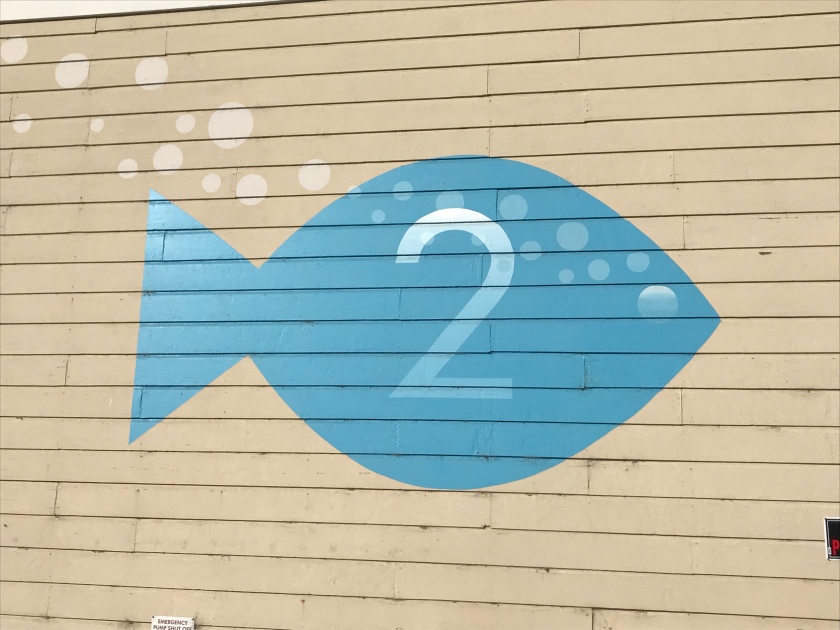 but they are on their well-deserved vacation right now. They did, however, they did leave an encouraging message for me

Thank you so much Margaret, Hilla and the whole 2F crew- you made my day!

And then we were off riding again. Noor filmed me as we proceeded south 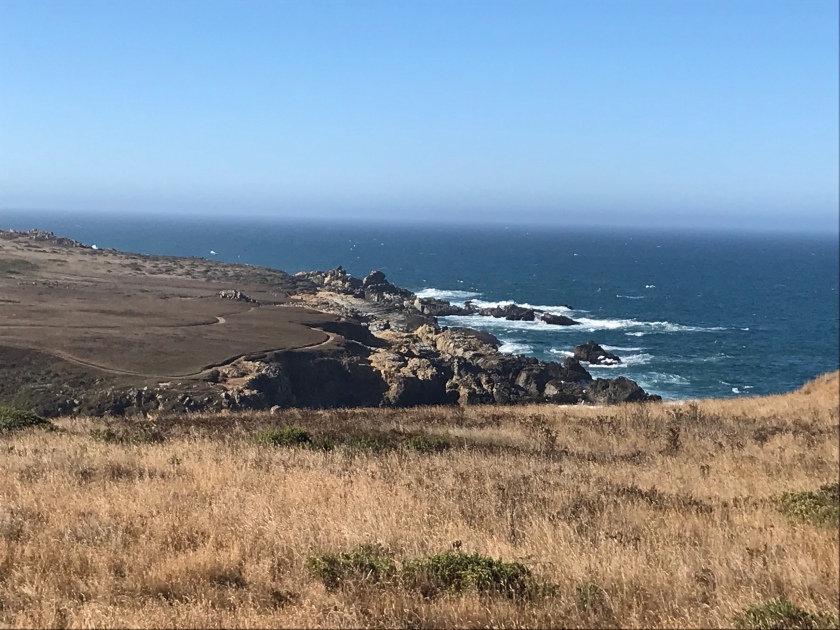 And then a coffee break at Ocean Cove 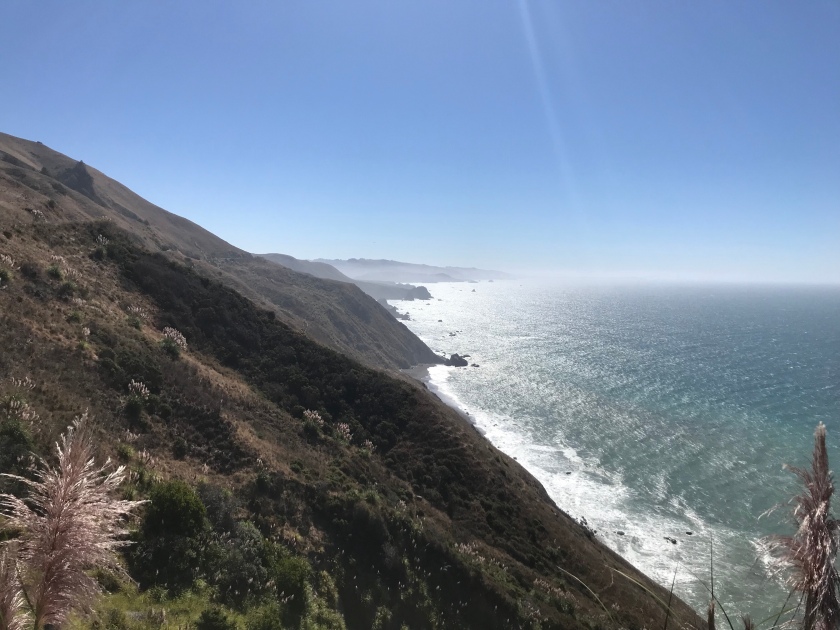 We arrived at Jenner, at the mouth of the Russian River in time for lunch

Before we knew it we were at Bodega Dunes State Park. After a shower we chatted with the ever increasing number of bicyclers rolling into the campground (currently at six).

It was getting cold, so we decided to walk over and eat at the local Mexican Restaurant. On the way we passed the Children’s Bell Tower, inspired by the tragic murder of a local boy while vacationing in Italy. It was quite moving.

I also caught a glimpse of the old Bay Hill Mansion, where my sister and brother in-law were married 25 years ago

We are camped on sand dunes up against a hedgerow of eucalyptus and cypress.

We heard news today that tomorrow’s route and campsite were closed due to the Alvin fire in Marin that started yesterday. We verified it with news reports and started worrying about where we could camp. We then called Rob and Katie, who were headed to that campsite and informed us that no roads are closed and the campsite is open, but has no power. We now just learned that Calfire has lifted all evacuations and closures so we are good to go!