It was a warm night and morning. The dew on the tent had mostly dried by the time I awoke.

Today’s ride is on or paralleling Hwy 1/101 south to Carpinteria. 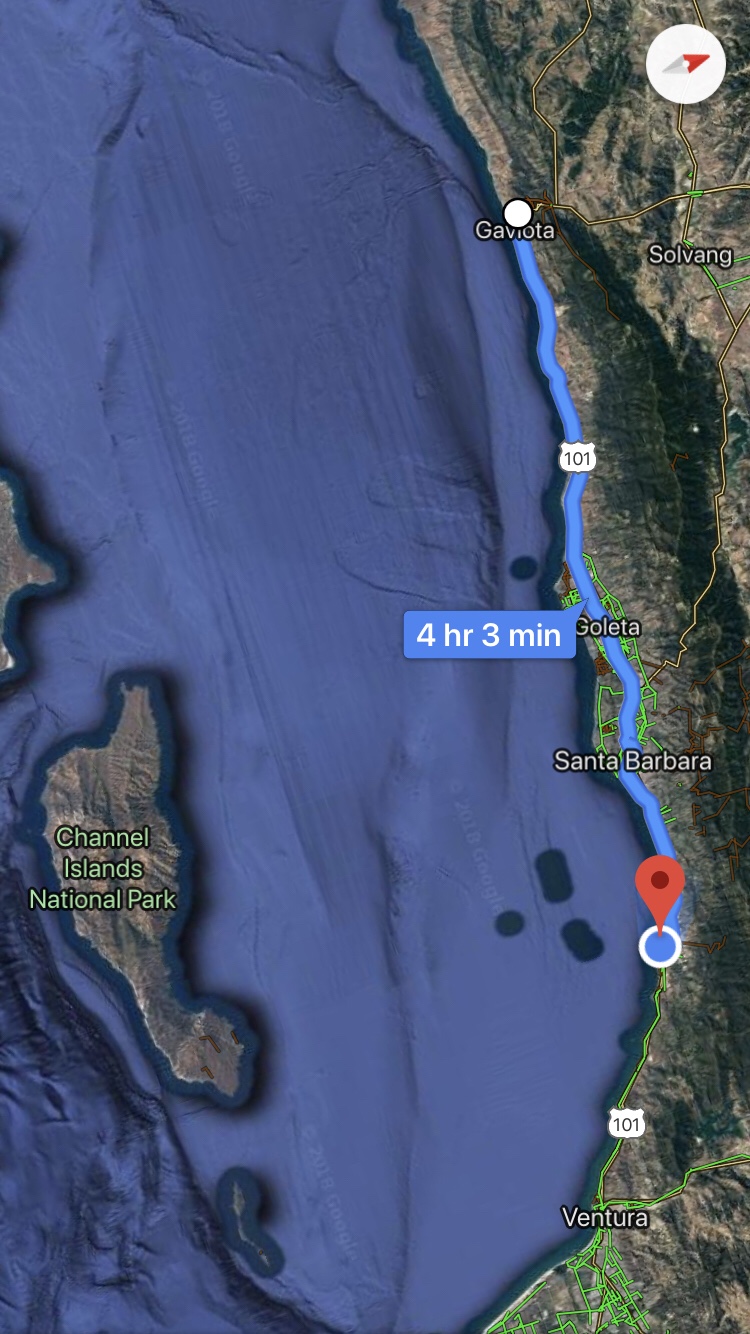 The haze was just burning off when I reached UC Santa Barbara, the alma mater of of a few of my good friends.

UCSB knows a thing or two about bicycling: at intersections it’s the cars who have to stop for bicycle traffic on the trails!

Unfortunately that did not last too long and I was back into the world where cars are king.

Lunch in Santa Barbara was nice

I reached Carpinteria early in the day. I loaded up on dinner and breakfast and hit the beach 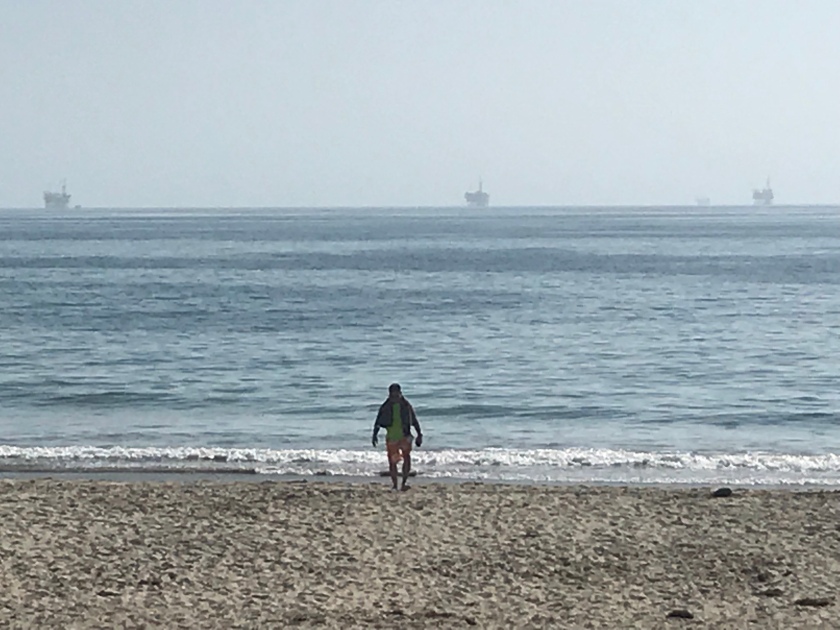 The mountains inland burned a few years back. The town of Ojai is behind them: I lived there for a year way back in 1984. 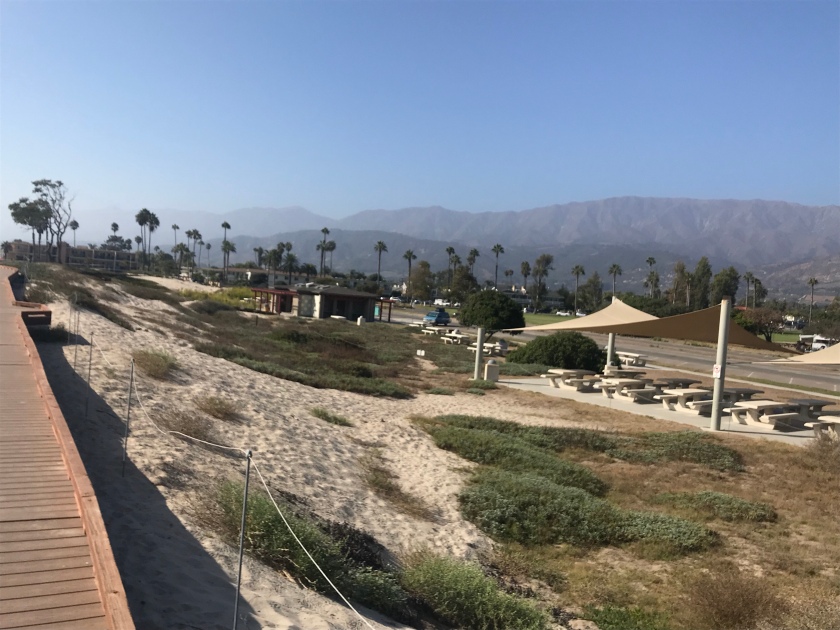