Today will be a long day that starts with a couple a big hills. I’ll depart from Hwy 101 and start following Hwy 1, aka PCH, from now to the border. I’ll be aiming to get to a campsite just south of Mendocino, but most of the others are planning to camp near Fort Bragg.

There has been much anxiety amongst us about the two big hills that start our day today. I got up at first light and tried to quietly pack up while the others slept. One of the motorcyclists awoke and started his motorcycle just to hear it run, I think. I felt less bad about making noises so early. If that was not bad enough, a trash truck drove into the campground and started making the loud ruckus they make.

The first was the longer of the two, but I saw few cars and took it slow and steady, stopping occasionally, and found myself at the top in good time. I flew down the other side to the coast, arriving at Rockport in the fog

I then immediately encountered the second hill which I found more difficult even though it was smaller.

Much of the ride today passes through trees 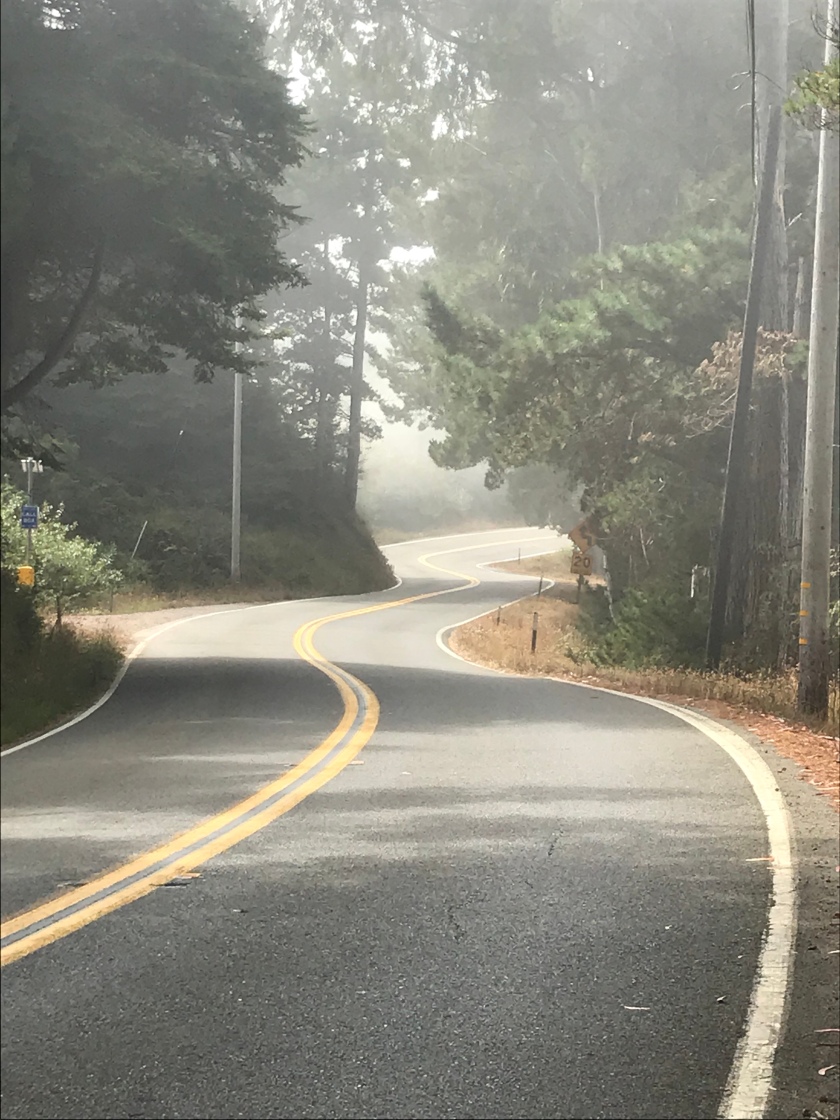 And lots of great ocean views and small town markets. Its nice to be back on the coast! 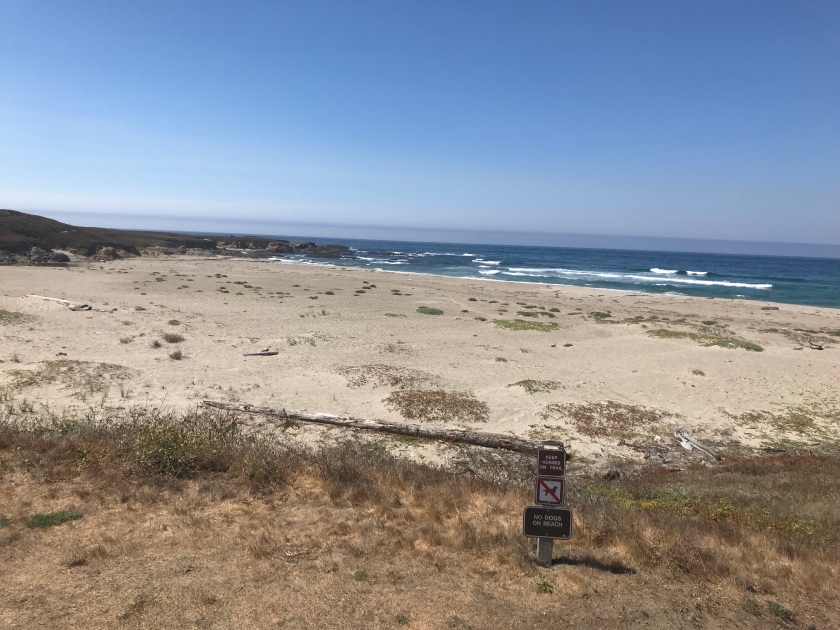 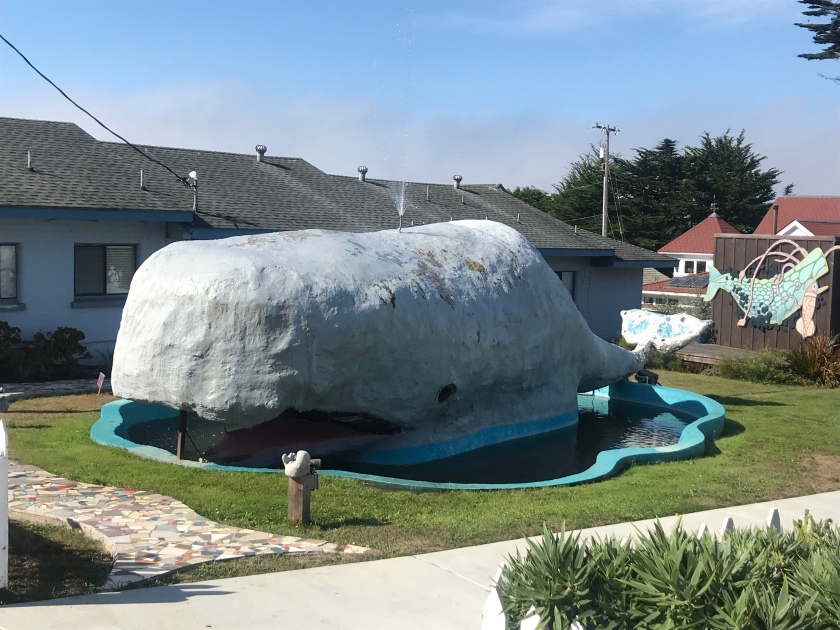 I arrived in Mendocino and picked up food for dinner 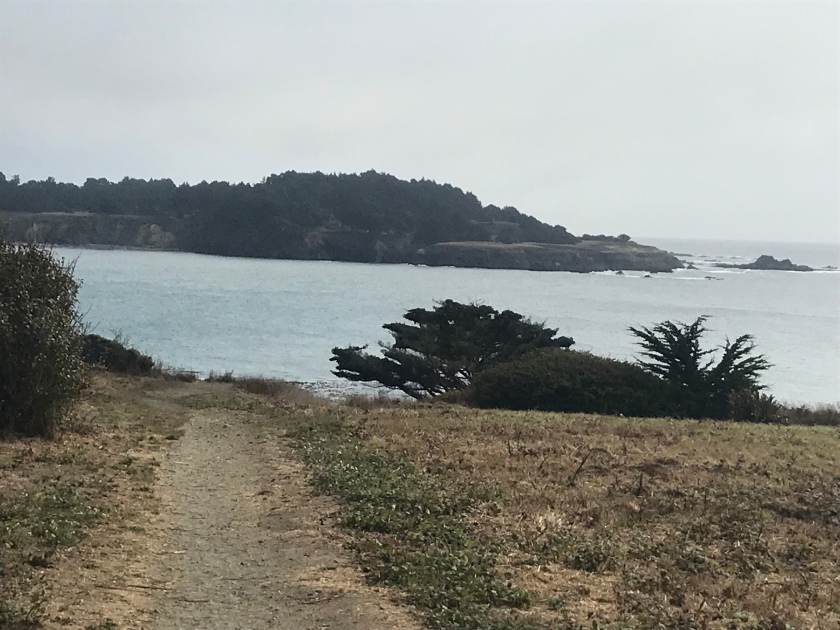 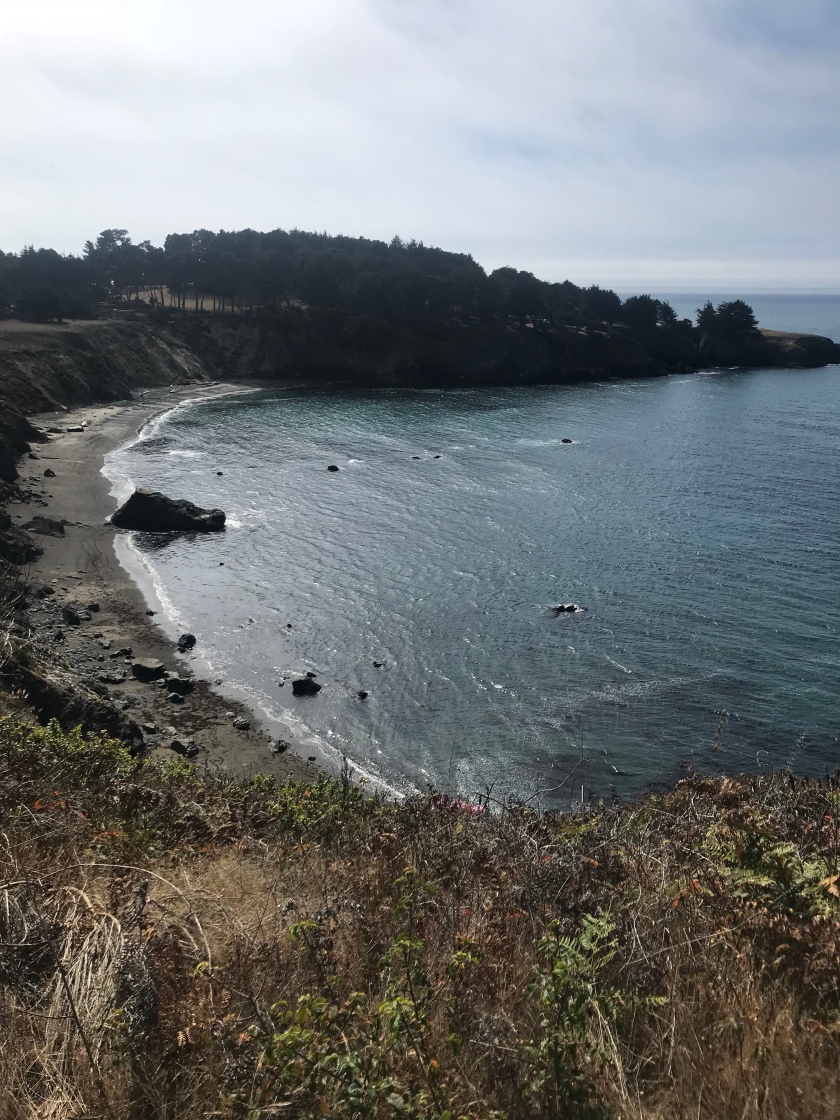 And then arrived at my campsite. 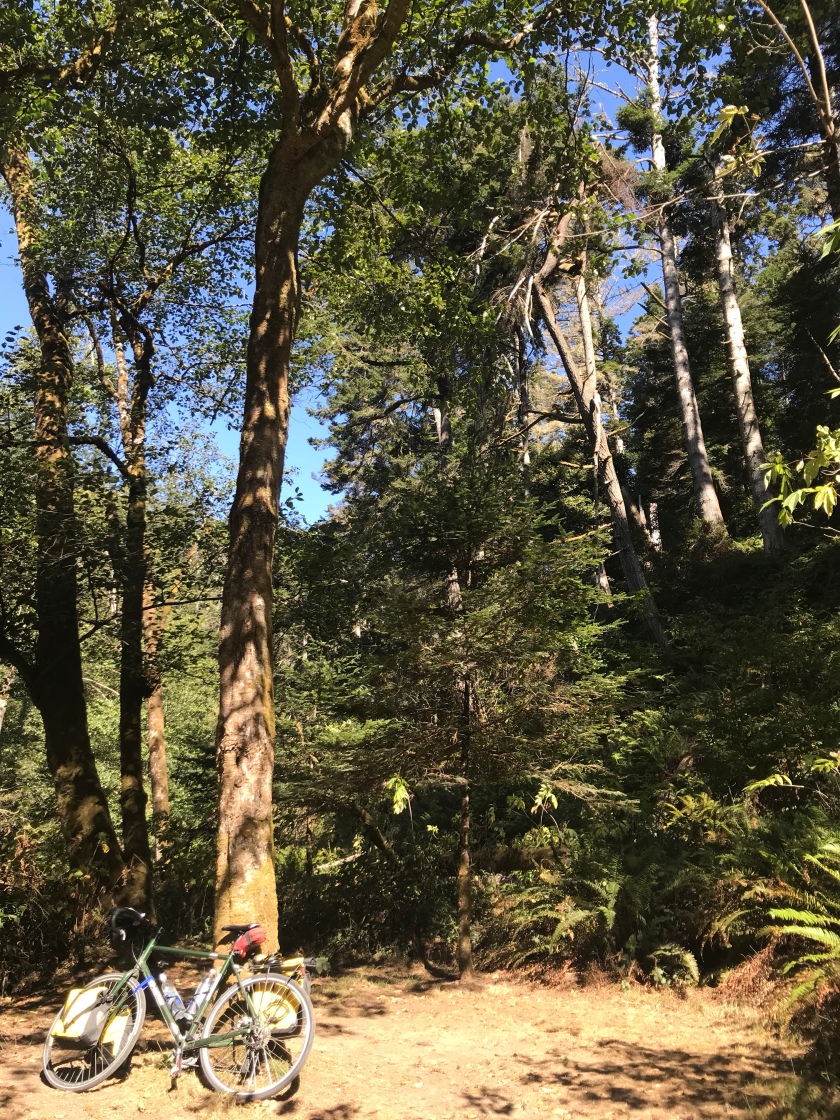 A cool wind arose in the later afternoon and I found myself climbing into my tent and falling asleep very early.

Tomorrow I arrive at our Sea Ranch home where I will see Liz! Yah!