It was a cold night! I had to pull my down jacket into my sleeping bag to keep warm. In the morning I found the tent stakes and my hiking poles frozen hard to the ground.

I knew before I started this adventure that the Horseshoe Meadows Road was closed due to rock slides but had been hoping it would be cleared and open by the time I arrived so I could thumb a ride down to Lone Pine. No such luck… it looks like I’m hiking out of the Sierras.

I have two options: hike down the road or hike down the Cottonwood Creek trail.  I soon came upon Cottonwood Creek and it was roaring!  I had talked with the rangers office before I left and learned the trail is unmaintained, steep and “a bit rough”.  I checked the map and noted four or five river crossings.  I quickly decided there was just too much water to even consider one crossing.

So, the road it will be…
The cold morning allowed me to capture some nice ice crystals on the banks of the creek 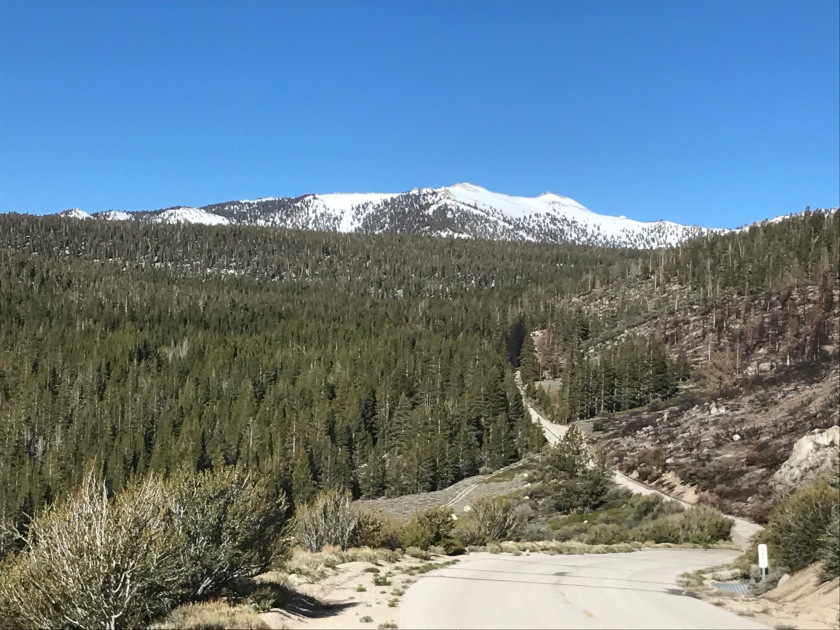 And Cottonwood Creek far below now 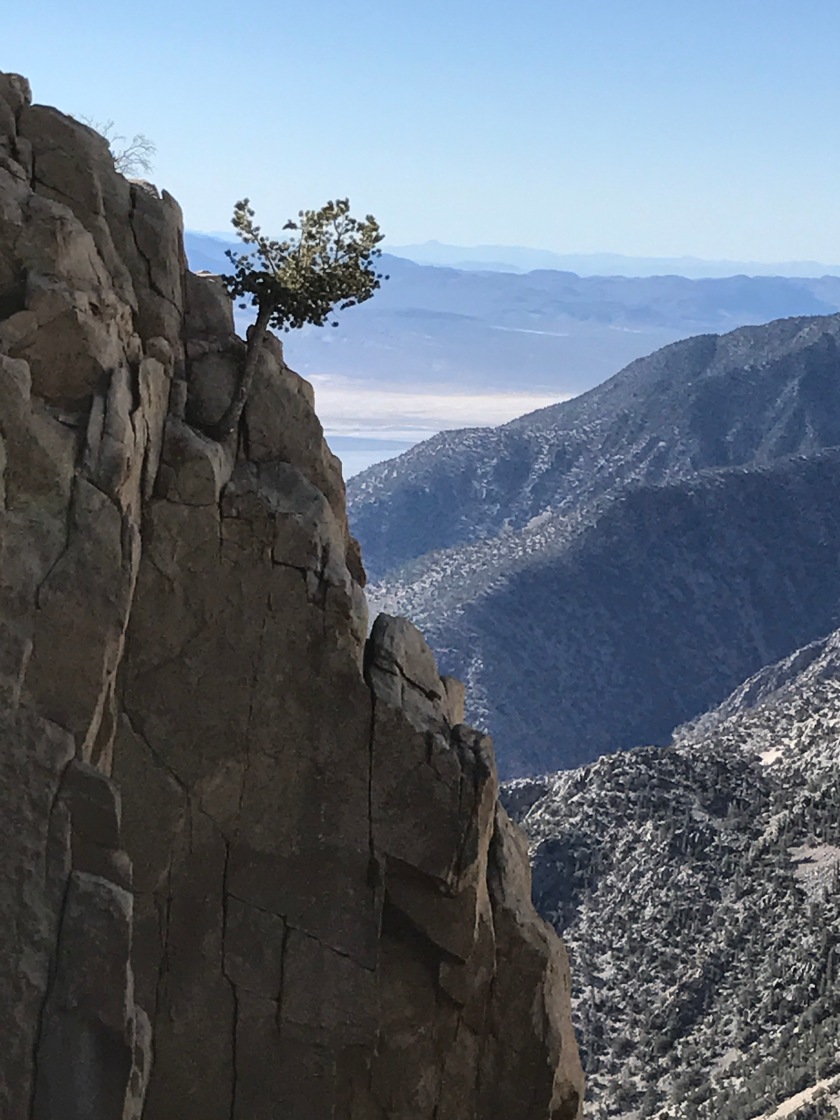 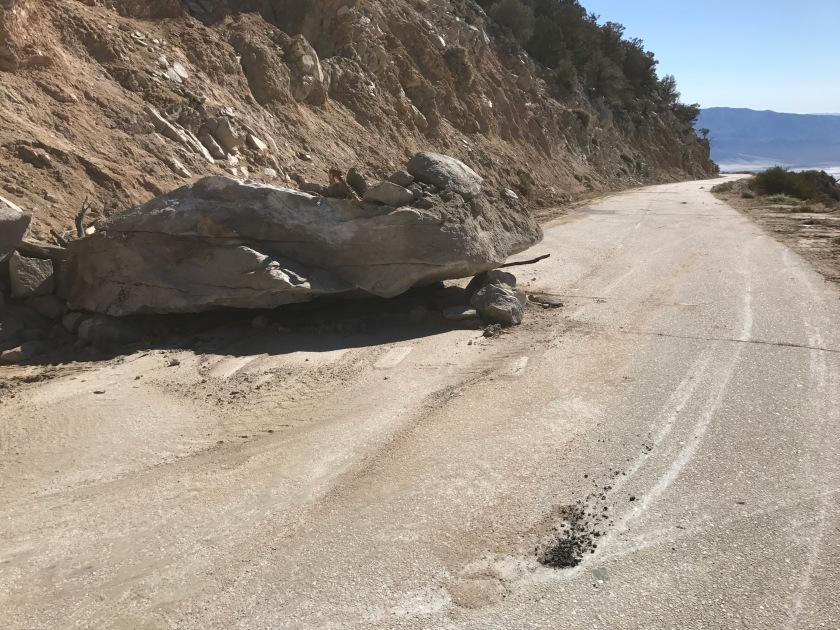 And then got a good view of what I will be walking down– about 7,000 feet down over a 10 mile set of switchbacks 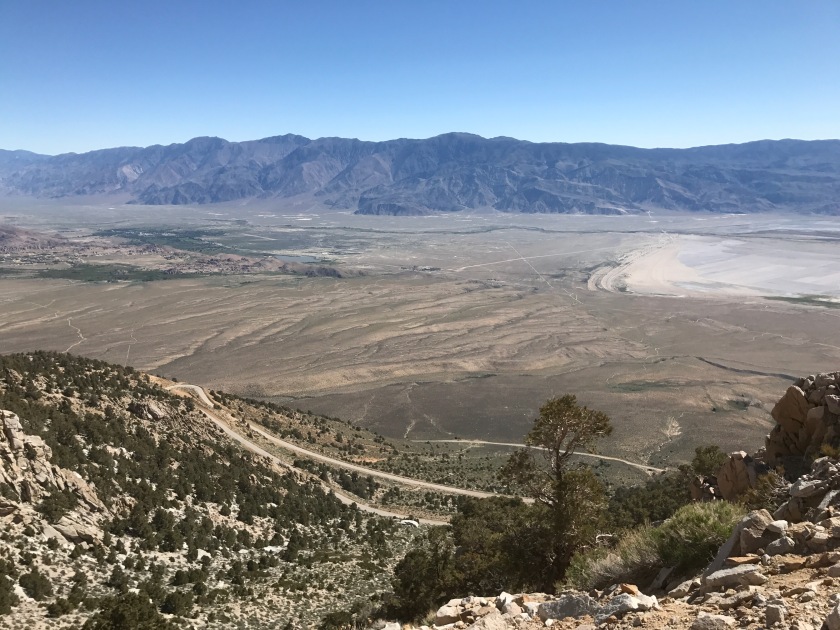 That’s the Alabama Hills on the left with Lone Pine adjacent and the Owens Lake on the right.

I passed a pair of PCTers hiking up the road- they had hiked out during the storm earlier in the week in whiteout conditions and heavy snow.  They knew they would not be able to make it over Forester Pass and to Onion Valley in these conditions.  Now that the storm had passed they were returning to continue their through hike.  They pointed out that the work crews showed little interest in offering rides.  That turned out to be my experience as well, but at least I was heading downhill. 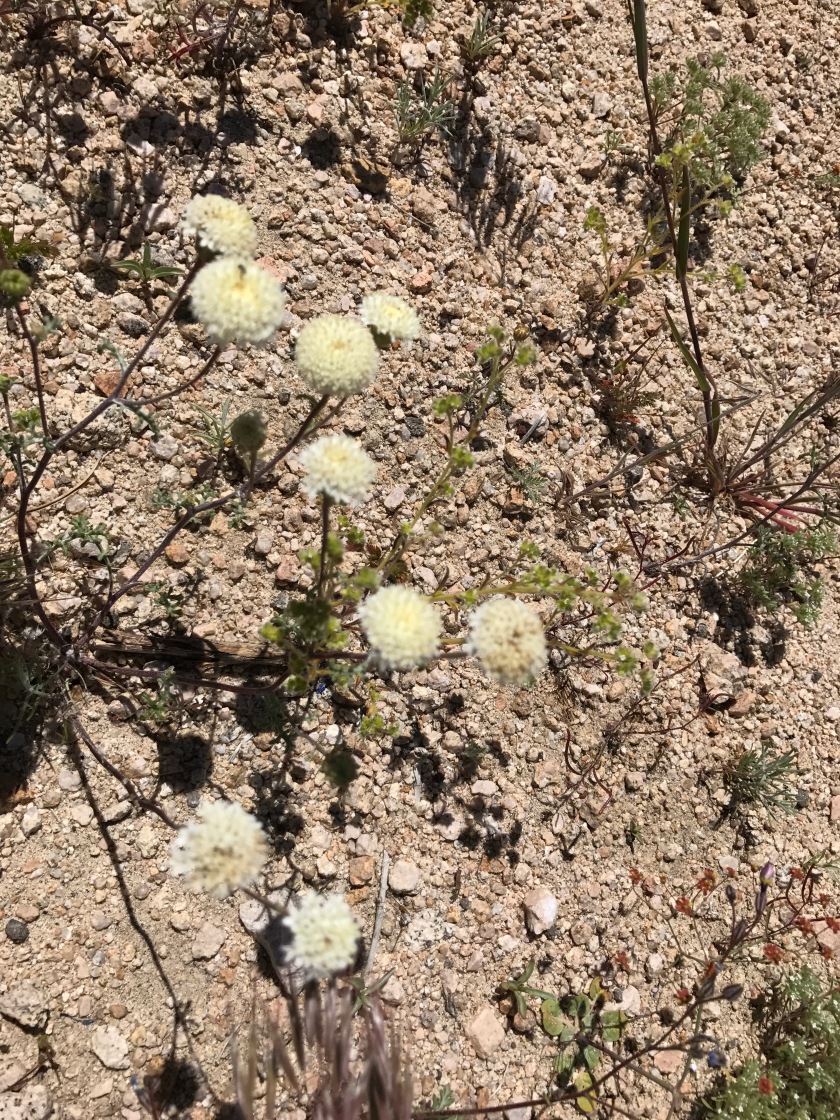 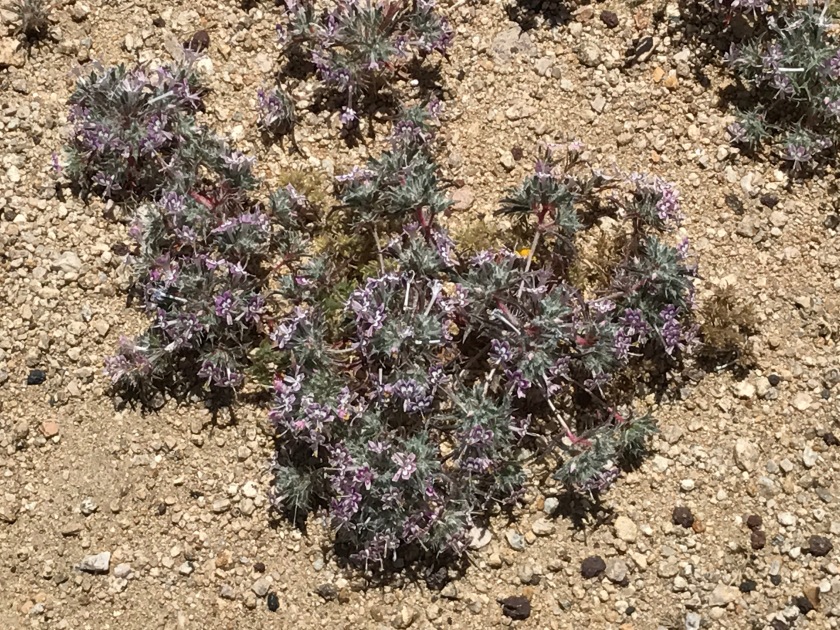 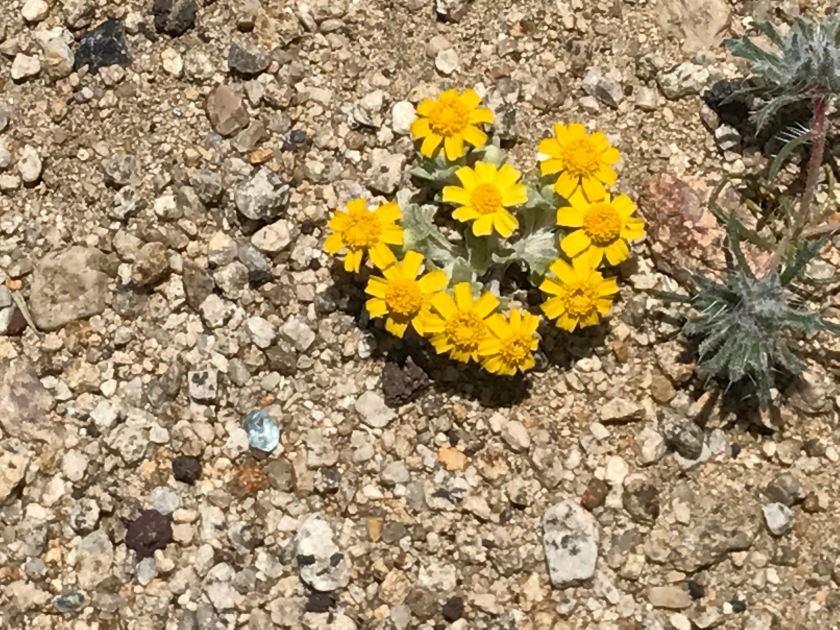 Where the mountain and alluvial fan meet I crossed the gate across the road. 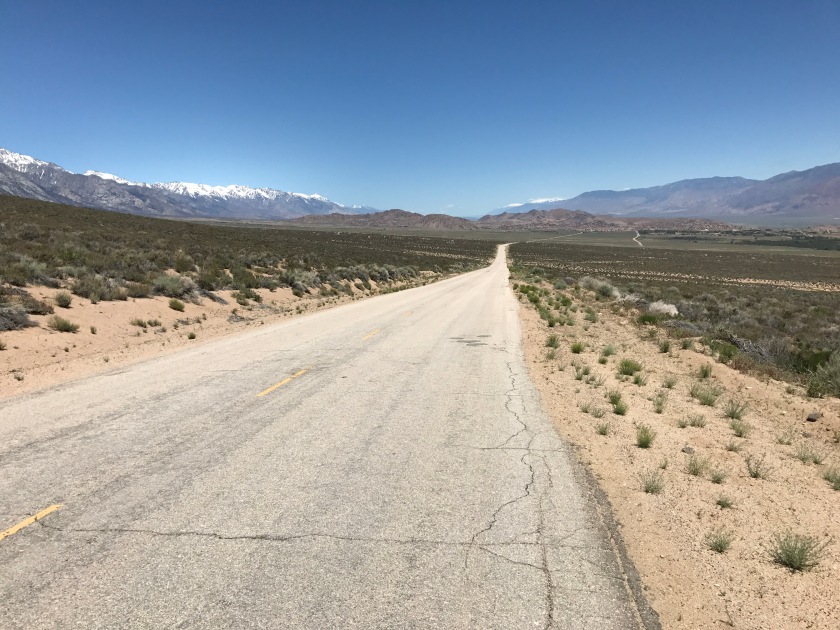 There was a horse ranch here that I was hoping would have some vehicle traffic and spare me the remaining 9 miles to Lone Pine.  A dog came running up from the ranch and started bounding through the sagebrush next to the road.  He seemed to delight in zigging and zagging around and jumping over the sages.  I kept trying to get him to return home but whenever I stopped, he would stop and look longingly at me to continue.  About a mile past the ranch an SUV pulled up and the passenger called out “We love PCT hikers!  Climb in!”  Yay!!!  He then called to his dog to also get in.  I learned the dog is well known to wander up to 30 miles away and either return or get picked up and returned by a Good Samaritan.

I was dropped off in downtown Lone Pine 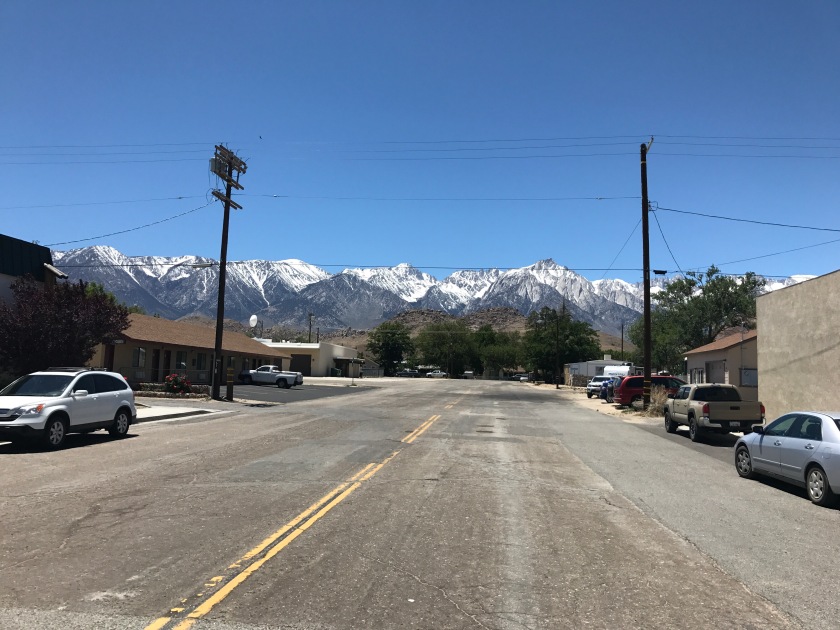 My trip is now officially done.  My Los Gatos friend and neighbor Steve Schaniel will be collecting me on Friday to take me to June Lake for the weekend and then home.