I awoke at first light, 5am, and could hear a light rain falling, so went back to sleep hoping it would stop so I could pack without dealing wit rain.  Twenty minutes later it stopped, so I seized the moment and exited my tent to…. a dusting of snow!

Have a seat, because I got a lot of snowy shots to show you 🙂 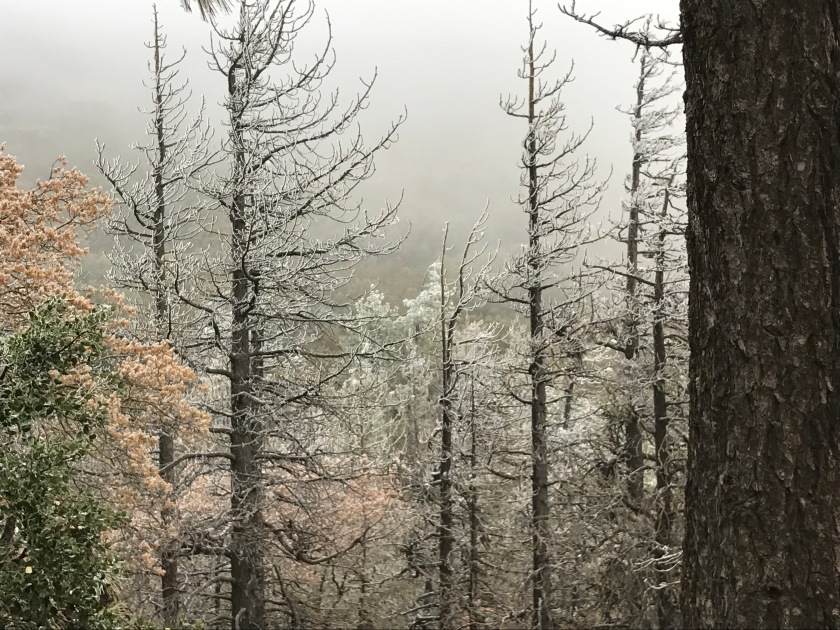 I followed a quail on the trail for quite a ways… 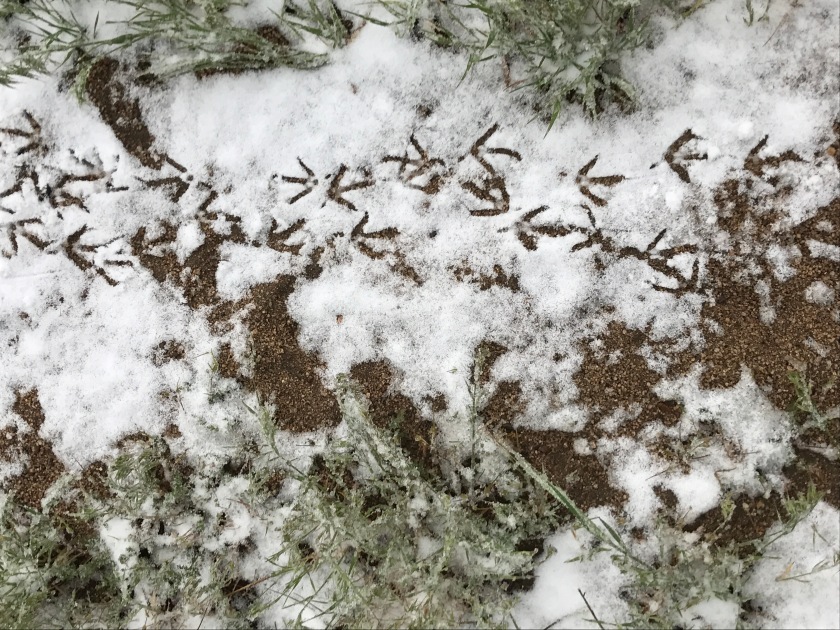 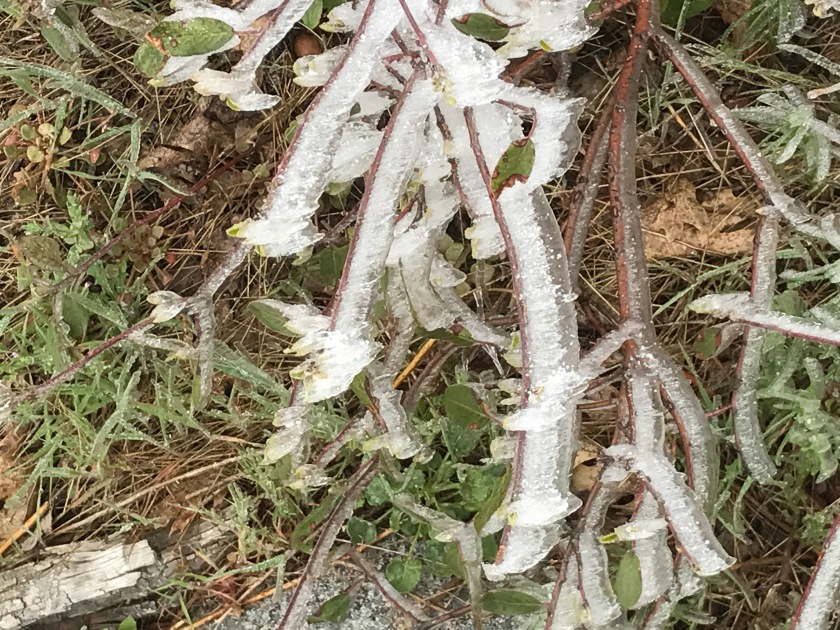 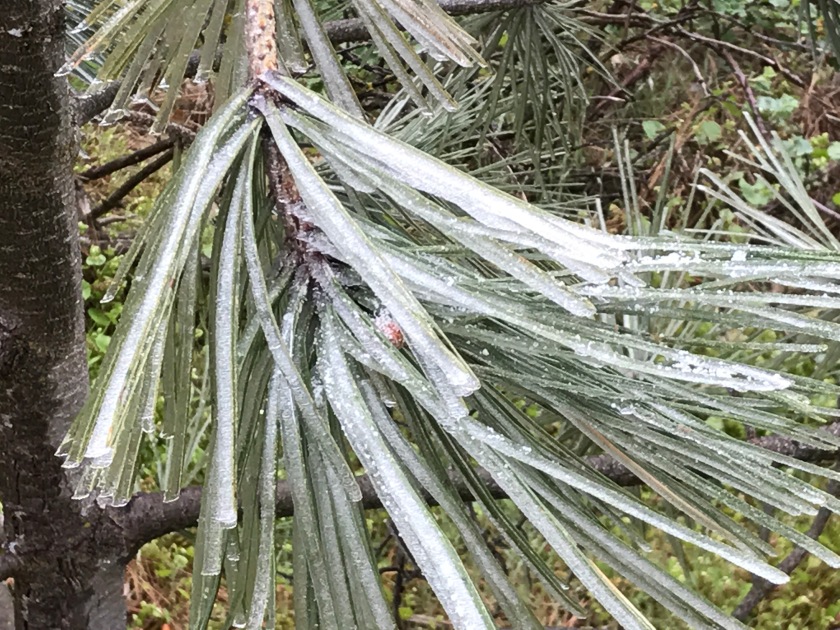 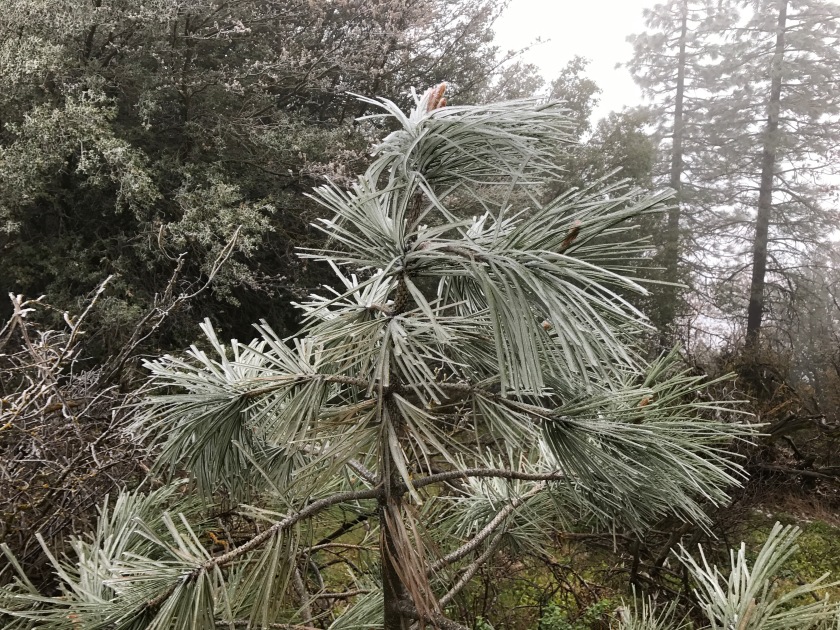 I was first Hiker on the trail this morning so all the ice and dew on the trailside soaked my feet. My toes were freezing!!! I would forcibly curl my toes with each step to try and stay warm.  As the sun came out and a slight breeze picked up the ice began to rain from all the trees.  I had to don my rain jacket and hood to keep the ice from chilling me further.  I captured an icefall on video (I hope this posting works)

​​
My feet warmed even while soaked and eventually they dried completely – yay!

I resupplied my water at Robin Bird Spring, which had a handy pipe to allow easier collection

The sky almost cleared up and the intermittent sun was great to have!  It remained cool all day which made the hiking very nice!  Here’s some Douglas Phlox and a pretty forest meadow filled with sage. 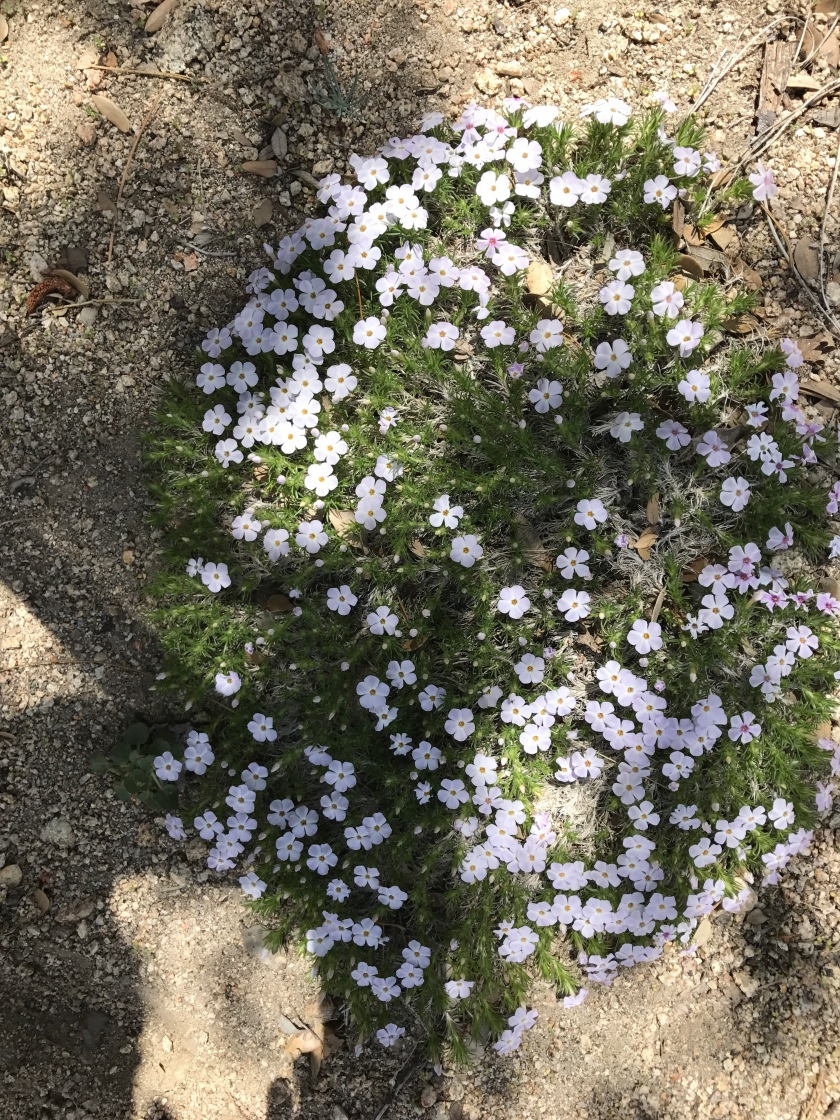 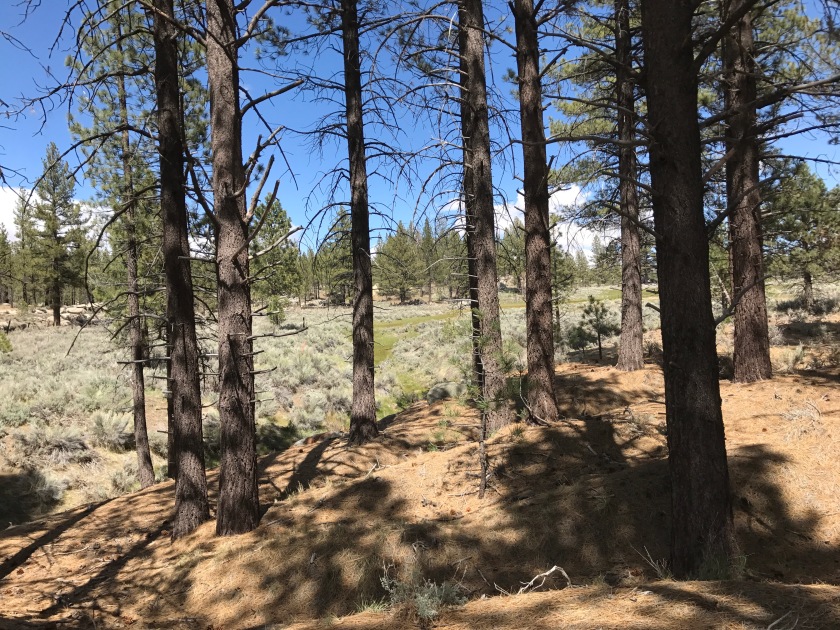 I setup camp and soon Medic arrived to join me.  We had another beautiful sunset and some nice flowers – I’m not sure what these are called. 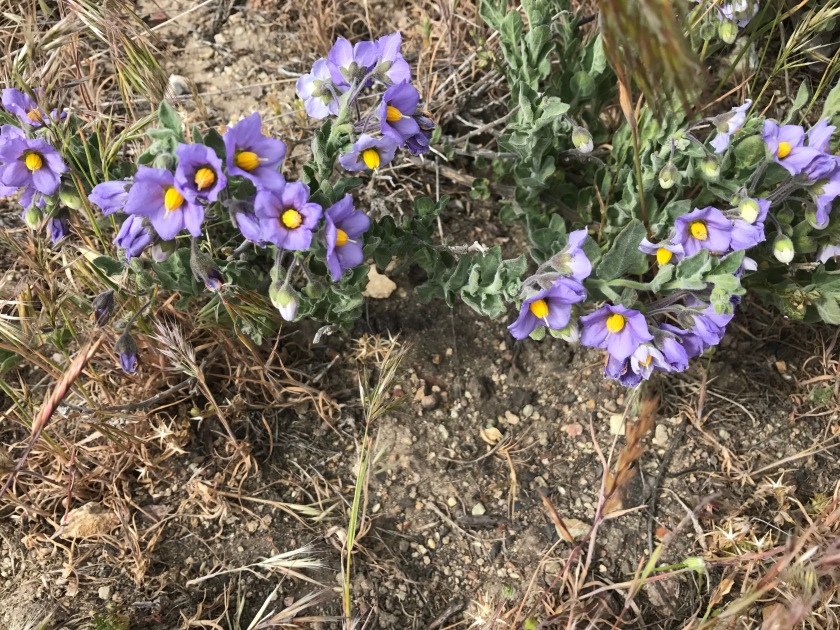 There were clouds nearby so I set up my tent with the rain fly, but left the vestibule door open for ventilation.  Sure enough a few hours after dark I was awoken by the sound of a light rain and quickly closed the vestibule door.  It stopped raining soon and I slept great.