The night was calm and warm. Medic and I awoke around 5:15 am and started packing. We greeted Echo as he came sauntering by, and in a minute or so heard him greeting Doc and Zero who unbeknownst to us had camped about 50 yards down the trail.

The sunrise was glorious! 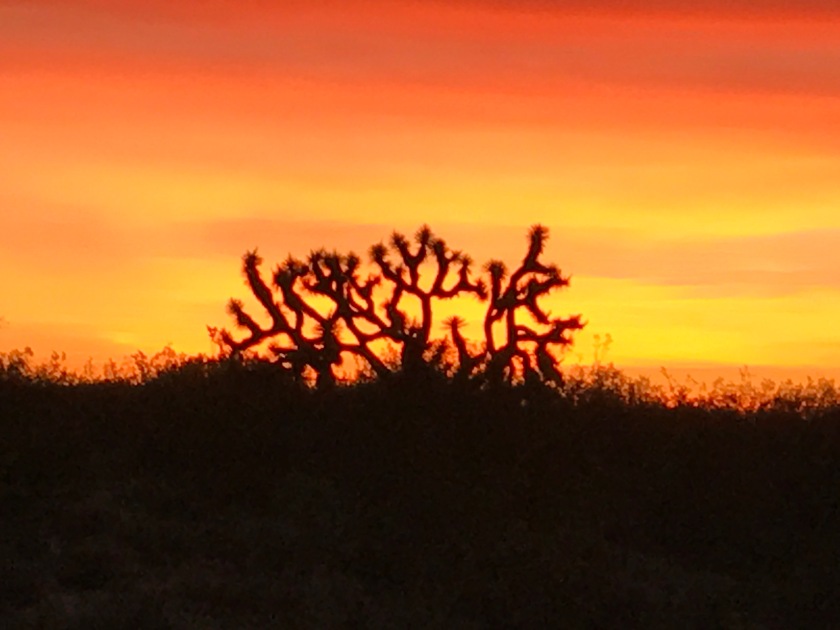 We passed an abandoned water cache (note the empty jugs) — the PCT Water Report is continually reminding us not to rely on water caches — sometimes the run out and/or are abandoned.

We hiked the few miles to the water source which was a tap into the LA Aqueduct.    The PCT Water Report warns that this source will be dry if the acqueduct is not flowing.  It had water, but looked cloudy and had lots of vegetable matter flowing in it.  I drank all my remaining water and filled up again and Doc and I had Breakfast.  We found Rex and Tatters camping here — they arrived at 2am.

We were discussing the days plans when Tatters pointed out that the PCT crossed land managed by a local Wind Farm Company, Manzana Wind, and if we head over to their main office nearby we could score good, fresh coffee.  Medic and I thought about it for a second and agreed “We’re in!”. 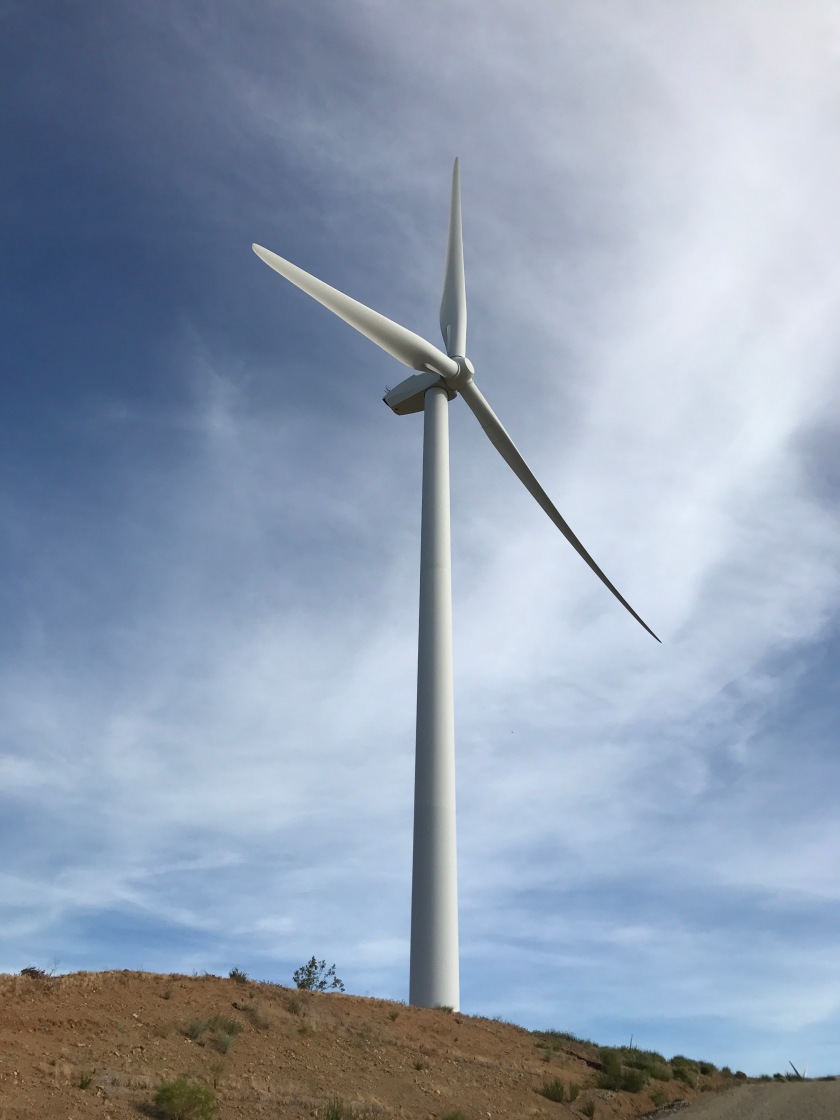 Along the way I captured some of the local flowers: here is creosote 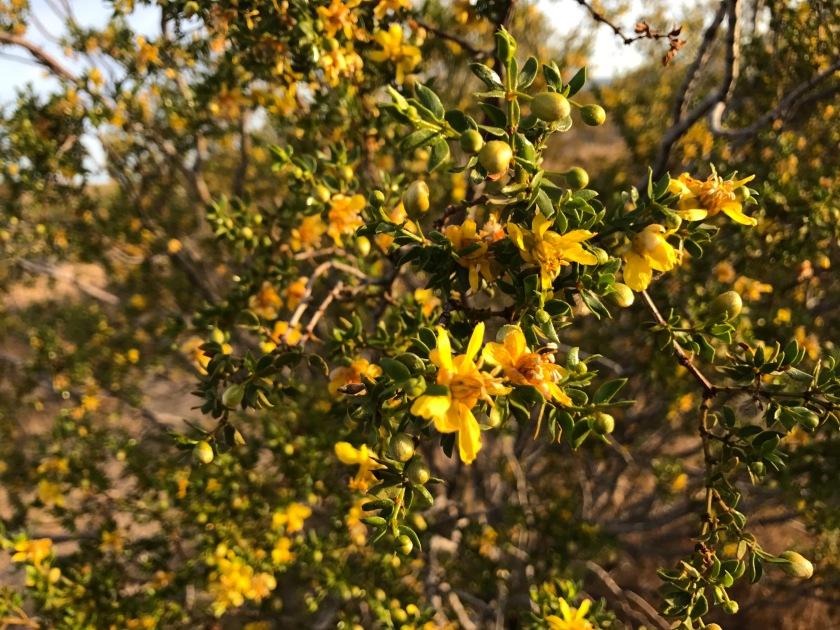 While admiring the flowers I came across a Sphinx Moth

These moths are the size of hummingbirds, hover and dart around like hummingbirds, and feed on flower nectar.  They are so cool.  This one was still trying to warm up so I was able to carefully pick him up.

We followed roads, motorcycle trails and some cross-country terrain to get to the building and were warmly greeted.  They offered us coffee, water, Gatorade, shade, wi-fi, air conditioning and even put us in an office.  Rex and Tatters were already here, Echo arrived with Medic and me, and Corky and Doc arrived soon after.

I was happy too!

The site manager was filling us in on how the wind turbines work, about the site, the company and everything.  We were so grateful for everything we kept thanking them.  He asked how long we might be staying, as it is getting warm outside, then quickly offered to set up cots in the conference room so we could take naps!  It gets better!!!  He then said he’s driving into town to get us all lunch and returns an hour-plus later with 6 pizzas, root beer and ice cream!

Since the name Hiker Heaven was already taken, we dubbed this Hiker Nirvana!  While scarfing pizza and root beer someone suggested that in reality we actually are all lost in the desert, dehydrated and delirious eating sand and thinking we’re sitting and feasting in an air conditioned office.  Oh, and only one day away from having had a shower we all stink…