After a day of sloth I am ready to get hiking again! Suki picked me up and dropped me off right where she found me on Friday. We hugged goodbye and I was off.The trail here goes through a dense Piñon Pine and Juniper forest with occasional views of the deserts to the north. The only flowers in bloom are Douglass Phlox. 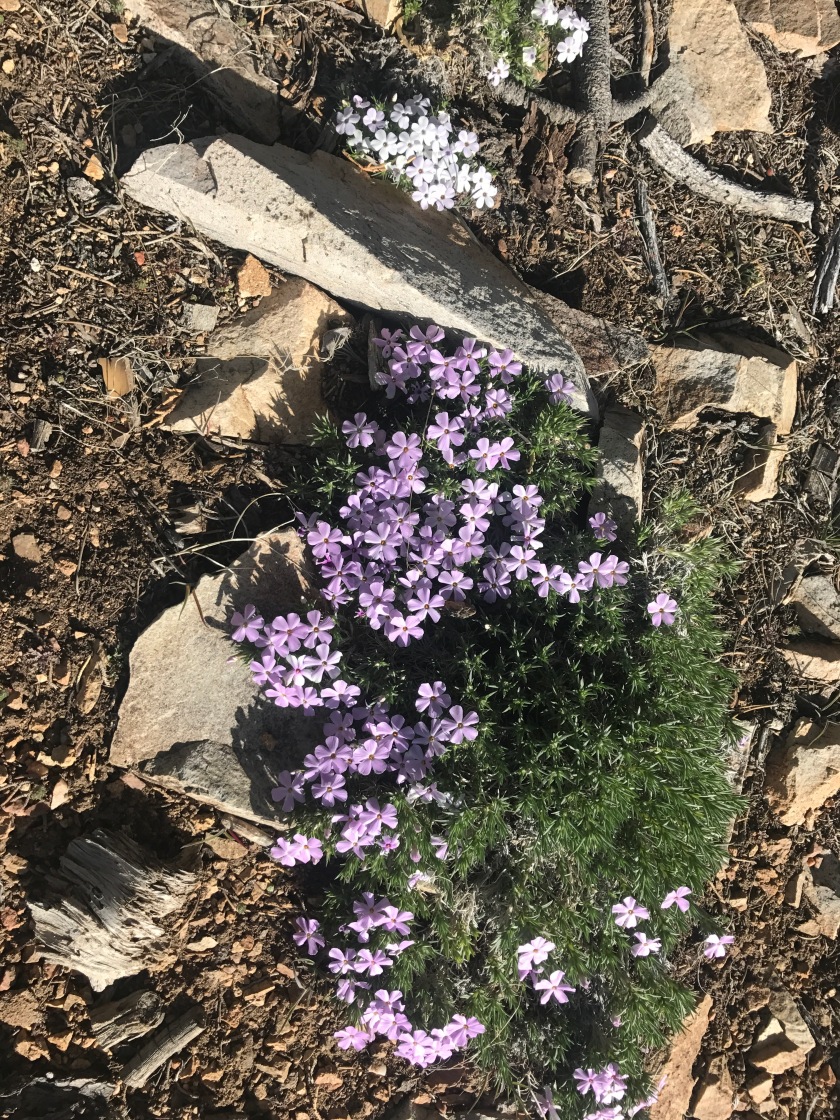 There are also a few large Cedars here I have been seeing a lot of deer tracks but until today the only deer I saw were eating the grass in people’s lawns in Idyllwild, but today I saw a deer in the wild. I’m still surprised I have not seen more.

When I cross to the southern facing side of the ridge I am rewards with a view of Big Bear Lake.

The only other critters I see are the skittish squirrels and chipmunks that I cannot seem to get a photo of, and the Western Fence Lizard which I finally got a decent photo of. These lizards are very common all over CA, I think, and I see many dozens of them on the trail daily.  They often hang out on rocks doing push-ups to impress the ladies and scare off other males.  They usually see me first and take off fast, but sometimes straight at me at first then they spin around and shoot up the trail then off to some safer place.

I used to keep these lizards as pets as a kid. The common name for these is Blue-Belly Lizard because they have bright blue patches on the sides of their abdomens. I used to be able to catch these guys as a kid, and if I ever do on this trip, I’ll post a photo. Their backs can range in colors from light brown and grey with patterns to jet black, sometimes with a line of red or blue.

Around another corner and I enter a large burn area. I do not know how long ago this burned, but since I do not see ash or charcoals I think it burned years before the Mountain Fire I hiked through a few days ago.

A bit more on the trail and I see the next mountain range I’m headed for with Mt Baldy, Wrightwood and Mt BadenPowel.

Since there has not been as much wildlife diversity today, I captured photos of some common insects I’ve seen: a Ladybug hiding in a bush 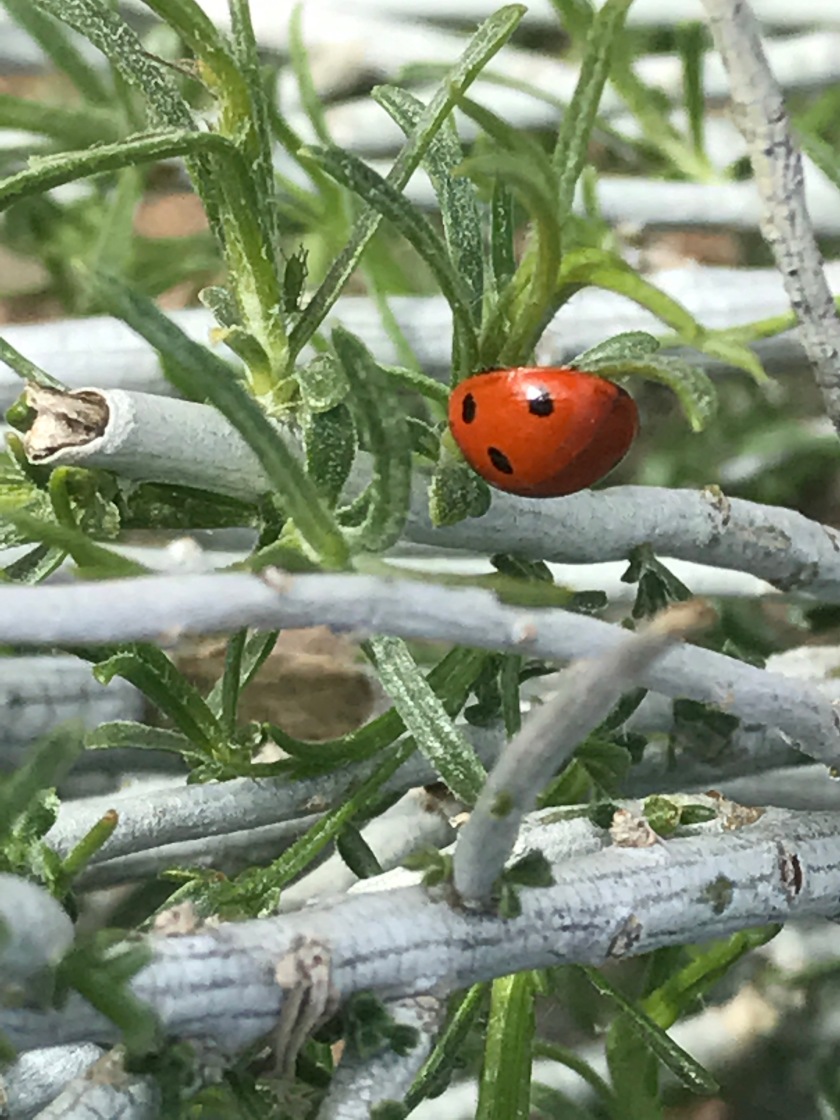 and a Stink Bug

The Stink Bug is a type of Dung Beetle, but I have yet to see one rolling its prize down the trail…

I arrived at my camping site early, and while I probably should have pressed on to the next, I decided that since I’ve already completed 20 miles today and feeling a bit sore that the additional 6 miles to the next campsite would take a few hours, so I’ll just stay here. I thought I’d share my cowboy camp setup:

There are many bonuses for cowboy camping:  faster setup and takedown, stars at night, and lots of fresh air (you may not realize this, but I kinda carry a foul odor about me…).  I can cowboy camp when it’s not rainy, windy, buggy or super cold.

Since it’s been a slow day, I’ll finish with a selfie just in case you forgot what I look like.